Zeevishandel Gebr. Post does not lose even a single gram of precious fish weight. The air blast freezer from EQUANS works so fast that the fish retains all its fluid and consequently does not dry out. And after being dipped in the glazing tanks and passing over the belt freezers the fish is in even better shape: the flesh is whiter and more attractive than when it was still fresh.

“Our frozen product looks even better than the fresh product”

Director Kees Post was bowled over by the appearance of the fish when he saw it rolling of the belt at the plant of a competitor. “EQUANS’s freezing system gave them such a good product; we wanted that too,” says Post. “As our old plant, one with synthetic refrigerants, was not in optimum working order anymore and would have had to be replaced eventually after being phased out, we decided to make the investment. We did not have the option of creating more floor area, but we did want a belt that was 1.8 meters wide. And for bespoke plant you go to the specialist, EQUANS.”

The EQUANS freezing plant has now been in operation at the fish processing plant in Urk for a number of years. On average, 800 kg of flatfish pass through the plant per hour, far more than used to be the case. The fast freezing process, lasting a mere 2 minutes, means the frozen product looks perfect and does not lose any fluid. “Whereas we retained 960 grams per kg of frozen fish with our old system, we now retain the full 1kg,” Post enthuses. 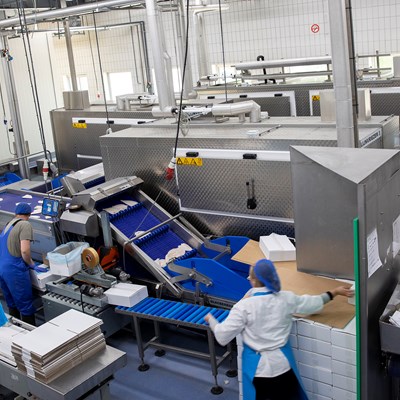 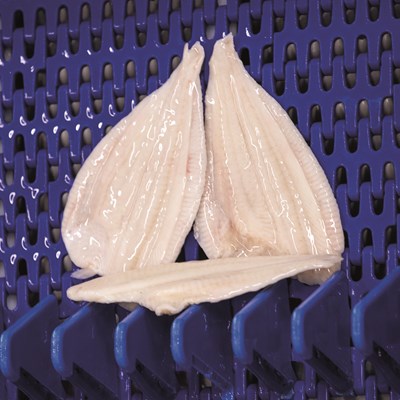 It’s not only the increased production capacity and the weight retention of the fish that offers the company financial advantages. The fish dealer’s bottom line is healthier because the sustainable refrigerants CO2 and ammonia allow the system to work far more energy efficient than before: the annual electricity bill is 20% lower. And cleaning the plant is much easier. Whereas the staff used to have to worm their way through a big tangle of belts, they now have easy access to the conveyor belts through the sides that can be opened.

After treatment in the air blast freezer the fish is so hard that it no longer needs to be laid on the belt spread out, but can be laid one on top of the other. “The plant involved in the post-freezing process gives the fish a lovely ice layer. Seeing the product after this phase often leaves customers speechless. That’s because the frozen product looks even better than the fresh product,” he says.

The total investment paid for itself within 10 years. This is also partly due to EQUANS finding a buyer for Post’s old belt freezer. “During our three-week summer-break downtime, the old plant was carefully dismantled and removed. EQUANS found a buyer for the old plant in Africa and acted as an intermediary for this sale. A week later the new plant was installed. We are very pleased that the alterations were completed so quickly, and almost entirely during our holidays.”

As you would expect from a sharp company, five years down the line Post has already identified new options for improvement. “We would like to increase capacity in the post-freezing process. At the same time, we would like to be able to have the belt pass through the glazing tanks more slowly, to better protect the fish from dehydration and from freezer burn. But a slower speed leads to less movement in the glazing tanks, which could lead to the fish sticking together." 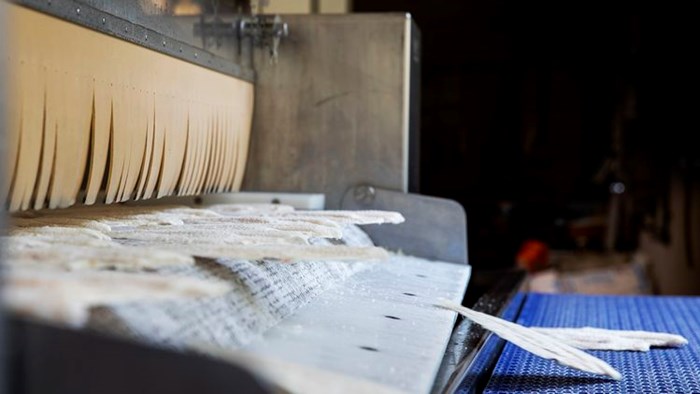 "We might just ask EQUANS to look into this and further optimise this process for us in the future.”