Keep millions of kilos of meat chilled and frozen whilst phasing out. Jan Zandbergen embarked on the challenge with EQUANS. This took place in three phases. In 2006, the existing building was expanded with additional cold storage and refrigerated areas. For this development, a cooling power station with ammoniac which could later be expanded was designed. The switch to full NH3 followed in 2010, when the possibilities for heat recovery were also used. In 2014, a further expansion followed with the new cold storage.

‘The biggest added value is the reliability of the installation’

A good basis is future-proof

Jan Zandbergen delivers meat to industry, food service and retail. Besides veal and pork from the European Union, every week dozens of shipping containers containing beef, lamb and poultry from all five continents arrive in Veenendaal. Once there, the meat is processed into the required semi-finished products, frozen in special quick freeze tunnels or sold as the whole cut. With import, storage, processing and distribution of meat and meat products, the company manages the entire chain under one roof.

In 2006, the meat importer was bursting out of its seams. The refrigeration capacity of the freon installation was therefore no longer sufficient. ‘We decided to extend the building. After visiting several clients of EQUANS, we asked them to design a new separate and energy-efficient cooling power station’, says Dick de Vries, facility manager at Jan Zandbergen. That same year, the company was running on two systems: partially using the old freon installation and partially the new NH3 installation.

The next step came in the hot summer of 2009 when Jan Zandbergen had problems with the R22 system. The decision to switch completely to ammoniac was soon taken. ‘With a rapidly growing company like Jan Zandbergen, it’s important to look to the future. If you want to expand or add something, the basis of the installation must be good.

'Only then can you continue growing’, explains Willy van Leeuwen, project manager at EQUANS. ‘During the expansion of the refrigeration units and cold stores in 2006, we’d already taken into account a re-engineering of the R22. The pipework required for the final switch to NH3 had already been largely prepared during the extension work in 2006. The phasing out of R22 was therefore quickly completed.’ 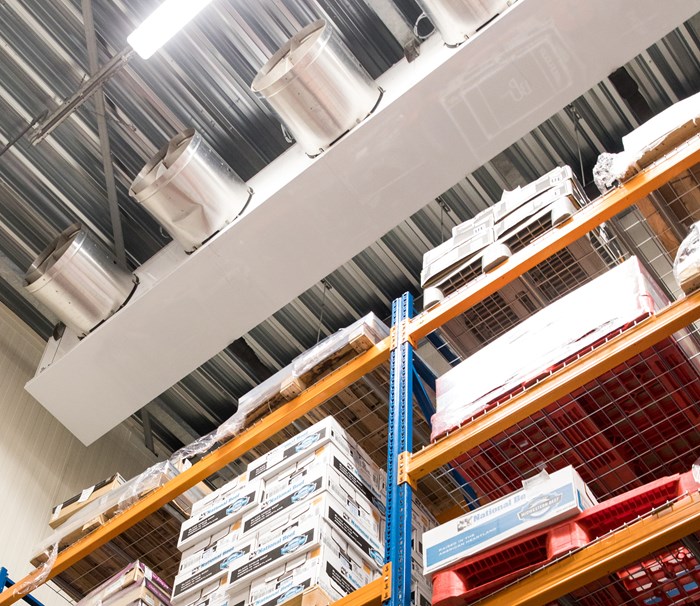 The switch to a centralised refrigeration system was immediately seized as an opportunity to review the additional options for heat recovery. Van Leeuwen enthusiastically explains his proposal: ‘In refrigeration and freeze processes, a great deal of heat is released. If you take a smart approach, you take a lot of that high-quality heat and use it elsewhere.’ Every day Jan Zandbergen used 60 cubic metres of hot water for cleaning processes. By using the residual heat from the system to preheat water up to 55 °C, Jan Zandbergen was able to save a lot of gas. It just required extra investment.

‘EQUANS’s proposal convinced us’, says De Vries. ‘The 22 cubic metre heat battery can charge and discharge. We use it to heat the water for cleaning and to warm up the crate washers. Our weekly gas consumption has now fallen from 3500 cubic metres to 1200 cubic metres. A considerable saving. Add to that the Energy Investment allowance and we recouped this investment in less than three years.’

The future-oriented design of the NH3 installation proved itself again in 2014. Jan Zandbergen built another storage capacity and connected the new cold store to the existing NH3 installation. With the new fully automatic cold store, the company could store another 15,000 tons of frozen products, on top of the storage capacity of 10,000 tons frozen and 450 tons fresh meat that the company already stored. This made Jan Zandbergen one of the biggest stock managers of meat in Europe. 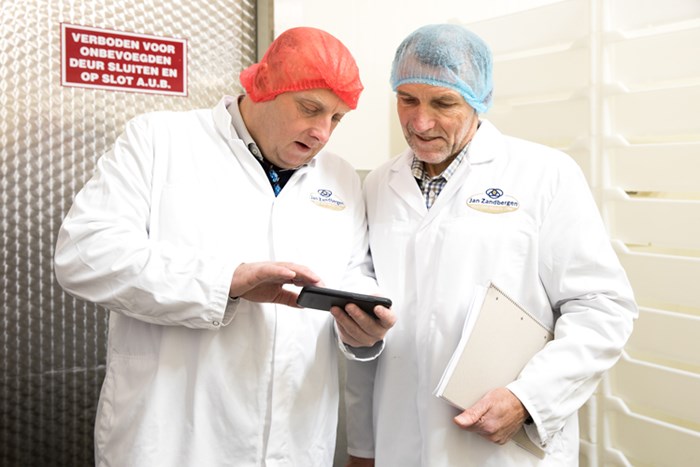 De Vries: ‘Day in, day out, the NH3 installation keeps 20 million kilos of meat cold. With four compressors and three different temperature levels in a freezing, freezable, refrigeration and tempering system. The biggest added value is its reliability. Using smartphones, we can quickly respond to any temperature fluctuations or faults even from home. And otherwise, we have 24/7 access to ENGIE’s service department’

Although the freezing capacity has increased, the monthly power consumption has dropped by 30,000 kWh. Van Leeuwen: ‘Waste heat from the cold storage is also used for the defrosting and tempering processes, for example. But it’s not just the design that generates a reduction in power costs. The client can also take more control over the costs. Phased chilling of units can save energy, for example.’ De Vries adds: ‘On the advice of EQUANS, we constantly focus on chilling in phases. By doing this smartly, we improve the efficiency.’ 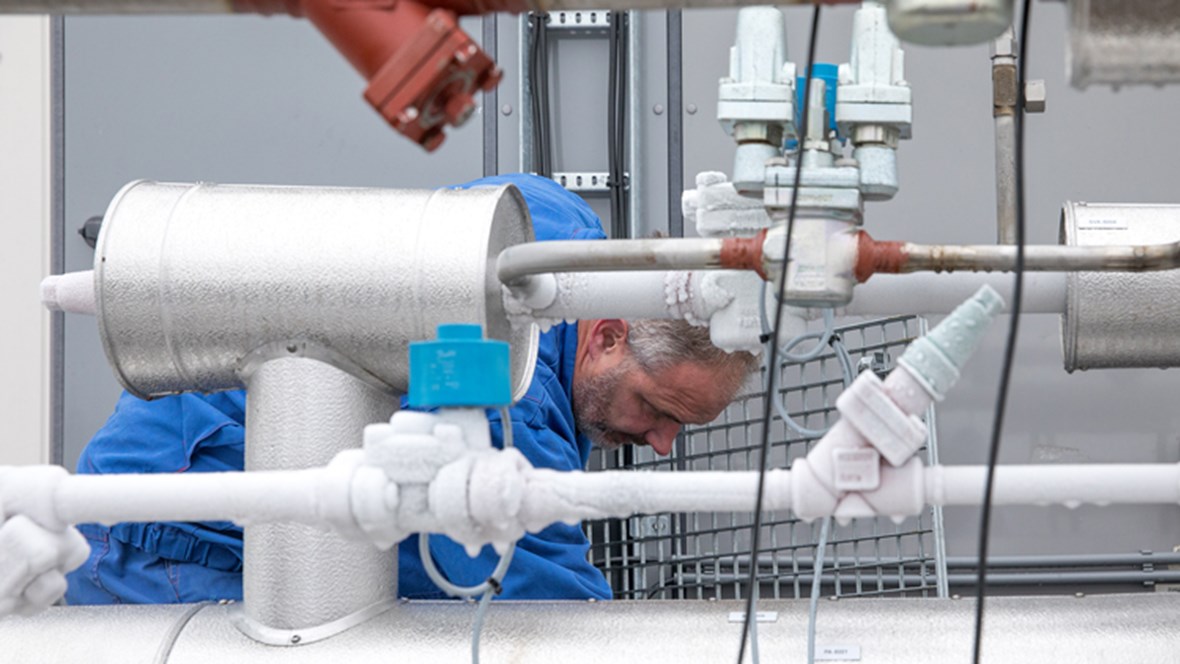