When it comes to cheese, Ann-Paulin Söbbeke learned from the master: her family has been running a dairy for years. Trained as a ‘master in dairy’, she started her dream in 2014. In Münster, she opened a so-called ‘Bio-Schaukäserei’, a cheese dairy named Hafenkäserei. It also has a restaurant. And the hungry and eager audience can get a guided tour.

She puts her love for organic and ecological products in the production and maturing of three types of cheese: aged Gouda, young Gouda and Rothschmiere cheese. EQUANS built air conditioning and cooling installations for three cheese ripening rooms, a cold store and a brine bath. EQUANS also took care of cooling the Hafenkäserei’s offices and restaurant. Besides that, residual heat from the cooling process is being reused.

"An even distribution of air in the maturation warehouses results in cheeses of the same quality."

Involved in the building process

Gert Boersma, Project Leader at EQUANS, joined the Söbbeke family long before the construction work started. “We discussed the requirements for the production spaces with the architect, contractor and various suppliers of cheese making equipment. The fact that we got involved that early, proved extremely valuable. In the construction plans, the ceiling turned out to be a meter too low for the installation of the air distribution systems. If we weren't involved on time, we would have faced significantly more costs. In addition, we were now able to coordinate the planning as well, so not a single delay occurred.” 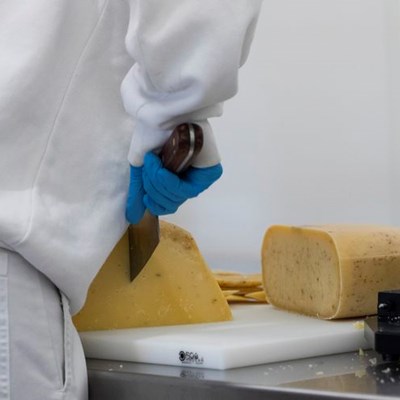 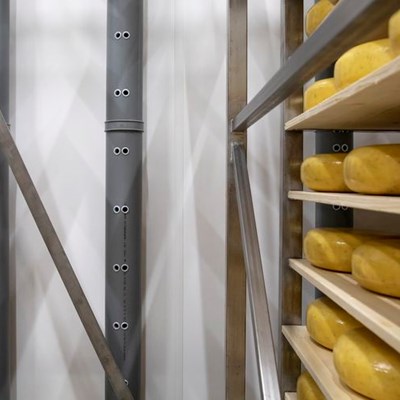 Tailored to the type of cheese

“Each type of cheese has it’s own specific maturing process. The three ripening rooms are therefore equipped with a cooling system that is customized to the type of cheese, it’s age and the period of stay in the ripening rooms”, Ann-Paulin Söbbeke explains. A specific air distribution system is installed in each room. EQUANS developed an advanced pipe system for the Gouda cheese ripening rooms and implemented this at the Hafenkäserei. Thanks to an unique design, the air is distributed evenly over all cheeses. This is essential for good quality cheese.

As a cooling medium, EQUANS opted for glycol (water), cooled with the natural refrigerant ammonia. This natural refrigerant fits the company’s sustainability goals and makes the cheese producer well prepared for the future, when synthetic refrigerants will be phased out. Söbbeke: “We also use the cooled water for other cooling purposes. Cold water flows through pipes in the concrete walls, which ensures gradual cooling of the offices and the restaurant. The heat released during the cooling process is then used to warm the building.”

In addition to the cheese ripening rooms, EQUANS also built a refrigeration room in which Rothschmiere cheese can be ripened in the future. For now, this is used as a temporary storage. Finally, EQUANS provided the cooling for the brine bath, in which the cheeses are placed after the production process. A pipe supplies it with cold water of 2 degrees to lower the temperature in the bath to 14 degrees.

Mrs. Söbbeke is very satisfied with the cooperation with EQUANS.

“The relationship with our family has been going back for years. EQUANS supplied all cooling and air conditioning installations for the cheese ripening rooms of my fathers factory in Holtwick/Rosendahl. So I knew it was all right. After all, EQUANS has much knowledge of cheese. Having them on board that early in the process was very useful. Thanks to their knowledge and points of view the planning has always been achieved. And most important, the quality of the cheeses is exactly as it should be." 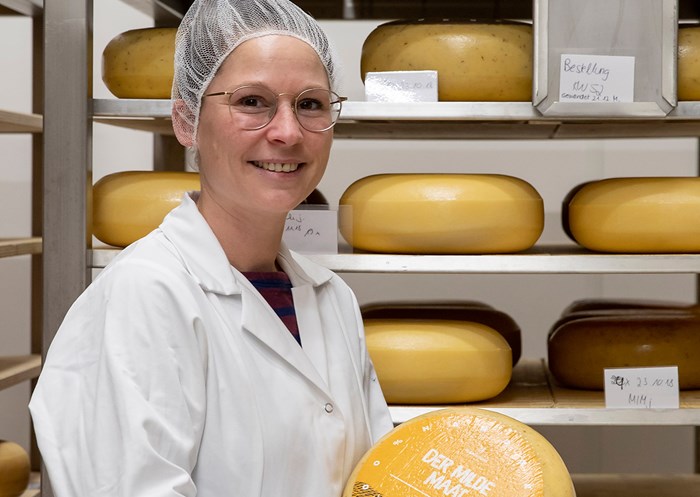